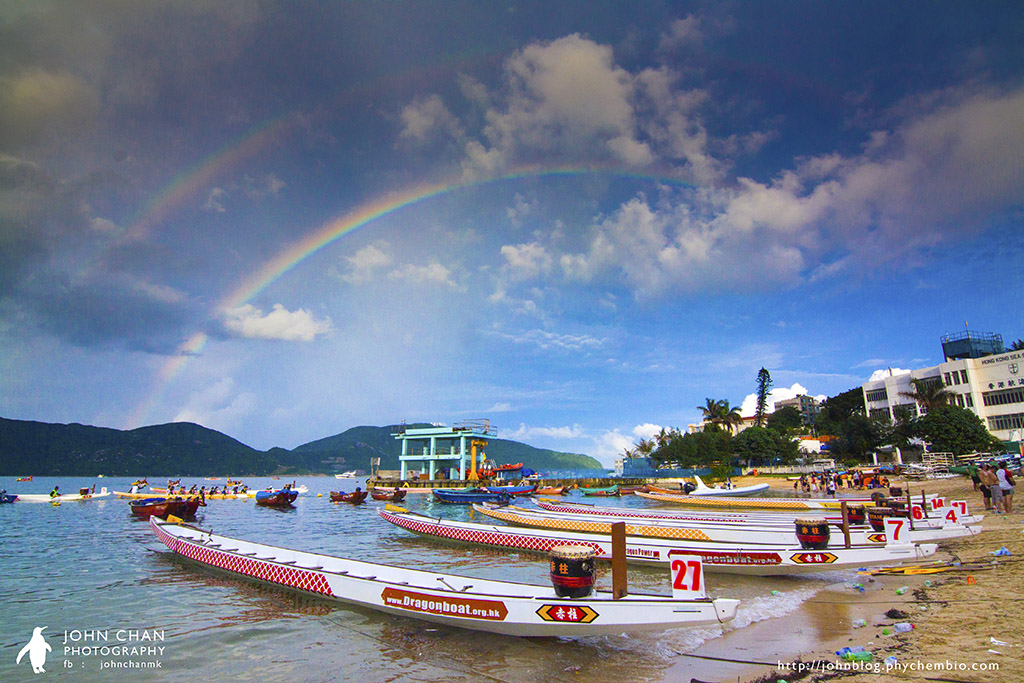 This is my first time to take photos of rainbow, and even double rainbows! Originally I would just stay at Tai Tam and wait to take night shots of the dam. But suddenly rain came, I did not get off the bus and went to Stanley. Surprisingly, something appeared in the sky…wow!

Greetings from Hong Kong! From John Chan - A Hobbyist Photographer.